I installed the several Gigabytes large Window 8.1 update yesterday and I am happy to announce that Quero Toolbar 7.1 is compatible with the Desktop version of IE11. The Quero AdBlock IE Tracking Protection List also supports IE11 and works both in Modern UI and Desktop IE. 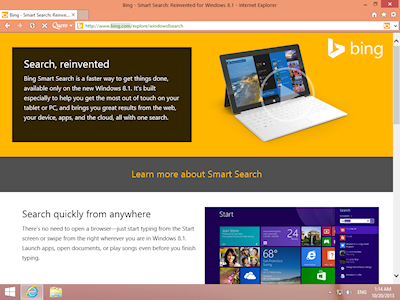 Windows 8.1 has a lot of small but important improvements over Windows 8, such as the visible Start Button, enhanced right-click Start Menu, integrated Bing search, App List, Boot to Desktop, better transition between Touch and Desktop UI, and of course also features the new Internet Explorer 11.

I plan to release further Quero updates. If you like the project, please continue to support Quero and keep it alive by making a donation. Thanks!